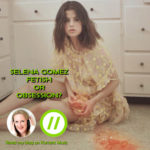 Written for Kurrent Music Published July 16th 2017 Selena Gomez has been the talk of the town last week with the release of her new song “Fetish”. Slowly, but surely, I think Selena Gomez is getting to find her sound.… Read on 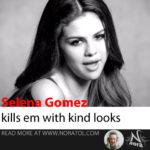 Published June 6th 2016 While the gossipers are wondering whether Selena Gomez will follow back Justin Bieber on Instagram (who apparently started following her again over the weekend), Selena has uploaded her new video to YouTube. The video for “Kill… Read on It’s hard to let it go

Selena Gomez seems to have been born for a life in entertainment. As a matter a fact, she hardly knows anything else. Her career actually began at the tender age of 10 and not many stars can say they’ve already released a greatest hits album at age 22!

In the middle of a speedy and successful career, a little girl has to grow up and deal with whatever else life throws her way. With the album “Revival”, Selena has been making several personal revelations to the press and her Twitter followers. Most recently revealing that her visit at a rehab center was no addiction related. She had been there to get treated for Lupus.

Published October 23rd 2015 For his new single, Justin Bieber has teamed up, once again, with Skrillex, who’s also been responsible for “What Do You Mean”. Even though the video was supposed to get uploaded tomorrow, Justin Bieber took the… Read on