Shawn Mendes recently released his new single “If I Can’t Have You”, which has been charting worldwide. His second campaign for Calvin Klein just launched, but I’m telling you there’s more to this teen idol than meets the eye.

Listen to Shawn Mendes
Keep up with Shawn 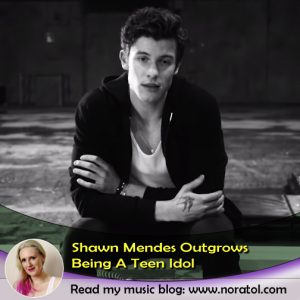 Shawn Mendes in his latest video

Little by little, I see Shawn Mendes turn into more than a heart throb turned Calvin Klein model. It’s easy to overlook talent when someone’s a teen idol. In fact, it’s driven many musicians crazy. Like many, Shawn started just sharing his passion for music and he attracted girls his age. However, little boys grow up and in the world of music, they grow up fast.

If I Can’t Have You

His last (selftitled) album was slated his first mature album. Critics took notice of his growth and his longevity. Maturity shows in his music and in his image. “If I Can’t Have You” is the first single of a new phase. The song comes from several writing sessions which, reportedly, produced about 45 songs. Don’t be fooled by the fact that this song sounds like your typical Shawn Mendes song.

Even though his latest slew of singles have a particular sound to them, Shawn already shows diversity on his last album. There are soul influence on a lot of songs that remind you of Robin Thicke, as well some inspiration taken from Ed Sheeran and Justin Bieber. He promises this continues on new music. I’m here to tell the adults among us to start paying attention to Shawn. He might very well become very interesting.

Keep up with Shawn