The Soulful Return of Johnny Gill

You know how they say how things get better with age? It’s hard to say this about Johnny Gill, because his vocal capabilities have peaked consistently throughout all of his years. Needless to say, I’m happy he’s back with a new single!

Listen to Johnny Gill
Keep up with Johnny 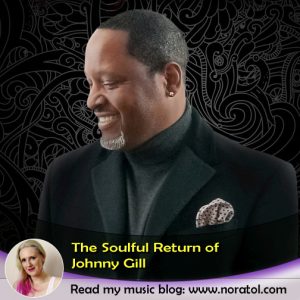 Johnny Gill As Soulful As Ever

There are many musical odes to women. However, there’s always room for more and Johnny Gill’s new single, “Soul Of A Woman”, is a soulful addition that oozes appreciation and respect. This extends into the official lyrics video or the song, that was also dropped (watch below). Unlike the song’s romantic setting, the video praises women of success, from politicians to artists.

For me, Johnny is one of those artists crucial to my introduction in the r&b genre. “My, My, My” is up there among my favorite ballads, but it was the energetic “Rub You The Right Way” that first caught my attention. The strong vocals, which are expected from someone known for his big voice, and that fierce beat, got me sold. It sparked a search and hunger for more music like this. From there, I embarked on a journey to discover r&b and new jack swing. Coming from mainstream pop music, this was a life changing moment for me. His work with Babyface and Jimmy Jam & Terry Lewis made him a crucial r&b crooner that I thought everyone should know. It contributed to a decade’s worth of favoritism from me towards these producers, until Timbaland sort of took over for a bit.

The “Soul Of A  Woman” delivers everything you think to expect from Johnny. Perhaps, to save the best for last, you can spot that typical animalistic growl in his ad libs towards the end. Nevertheless, the rest sounds smooth and catchy, thanks to the conversational interaction between lead and background vocals. This is why I love this kind of r&b. The song is released on Johnny’s own label, J Skillz Records, and I hope it precedes a new  album. His indie debut album, “Game Changer”, was a surprise hit and got him a number one single. This was quite a few years ago, already. So far, this song just seems to be a single release. But, who knows what’s to come, right?! This promises good things.

In July Johnny is going on tour in the US.

Keep Up With Johnny