Jennifer Lopez can’t make any moves in music without getting criticized. After Las Vegas, she’s grown enough to pull of major performances, like her Motown medley at the American Music Awars. But will her new song, “Medicine”, finally shut that down?

Listen to Jennifer Lopez
Keep up with Jennifer 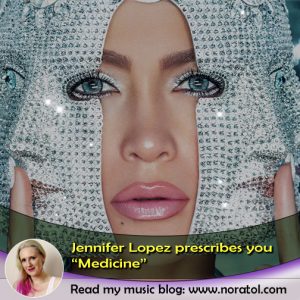 Jennifer Lopez On The Up

There’s always much to say about Jennifer Lopez. Right now, she’s on the up. She’s transformed into a fit girl and reaps the benefits of looking ageless. Though I have to say, she’s got good genes. Looking young runs in the family. Her mother doesn’t look aged either, as I’ve seen on Instagram, where I follow Jennifer. There, I notice that she keeps busy. Like, I don’t know how she does it-busy.

Mostly, I see one acting project followed by another, mixed with some photoshoots, endorsements and a lot of personal posts. J-Lo and A-Rod are a hot item, who’ve just announced their engagement. Quickly after their announcement, people slammed their news with stories about A-Rod cheating on her. This is kind of the story of her life. Oh, not the cheating. I have no idea about that, but every time she does something, there’s people criticizing her.

Look, I don’t think Jennifer is all sweet like she’s “just Jenny from the block”. She’s very ambitious and I think she pushed boundaries to get somewhere and, perhaps, also to keep things going now. All this noise around her have me wonder though.

I think she can sing, but her voice is not full and big. She can dance, act and looks great, and she must have a great team around her, because the marketing machine is always on the go.

However, I know people in the industry who think Jennifer lacks talent as a singer. In fact, some singers have spoken out about her using their vocals on tracks to make it sound better. It’s also rumored that she was used as a pawn by Tommy Mottola to create as much competition for Mariah Carey as possible, after the two divorced. Just to cause problems. This was much to Jennifer’s benefit, but being in everyone’s way also means people will not like you. So, there’s always someone ready to jump on you.

Nevertheless, I think she’s worked at redeeming herself from all the criticism surrounding her singing. Her new song, “Medicine”, is not what you would expect from a bride to be on cloud 9. It’s not some high on love song. In fact, it sounds like Jennifer had something to prove, so it doesn’t have the additional dubbed vocals. Instead, it’s got a strong lead voice and only the chorus gets helped by some background vocals to give it some body. Mostly, she’s pulling this one on her own.

Musically, it’s a combination of “Jenny From The Block” meets “Get Right”, meets Amerie “1 Thing”. All those high profiled performances and that Las Vegas residency must have done her some good. So, go ahead and take your medicine. Jenny prescribe it. I can’t wait to see her sing this live.

Keep up with Jennifer