Mariah Carey All I Want For Christmas World Tour 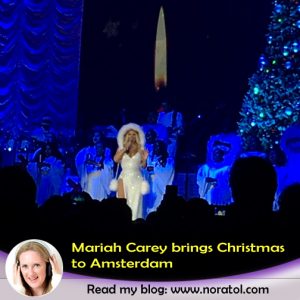 I was a fan of Mariah Carey in the era before she fully switched to R&B. I mean, who wasn’t impressed by her vocal range and flexibility, right?! Her albums were played on repeat and, it’s clear, we collectively do the same with her Christmas song “All I Want For Christmas Is You”. Once the holiday season began, the song re-entered several charts, but over Christmas Day, the song became the most streamed song ever on one day. It had been played over 10 million times! Mariah took it upon her to spread her Christmas cheer at the Ziggo Dome in Amsterdam, The Netherlands, this year.

The Mariah Carey All I Want For Christmas Brand

Over the years, Mariah has turned her Christmas hit into a brand of its own. She’s rerecorded the song several times. There’s a So So Def version, a duet with Justin Bieber and she’s rerecoded it for her second Christmas album. Then, she expanded it into a book, a cartoon, a movie (I think) and finally, the annual Christmas shows. The song, and Mariah herself, have become Christmas ambassadors.

The Christmas shows started five years ago in the United States, but this year, Mariah took the show on the road and headed over to Europe. And that made something pretty unique happen, because Mariah Carey even did a show in Amsterdam. I can’t even remember when Mariah performed in the Netherlands last! 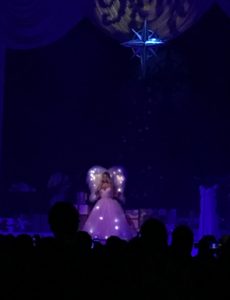 I really had no idea what to expect. Mariah Carey might be known for her breakthrough vocal abilities, but she’s gotten a lot of slack from press, peers and everyone else for poor live performances with the absolute lowest low two years ago. Her diva (slash lazy) attitude seemed to do her in, but she redeemed herself, anyway from what I can tell on social media since.

As skeptical as I could be, I entered the venue wondering if she was even going to sing live. Will she bring her kids, pet named Dem Babies, out? Was it going to be an over the top Christmas show? How would this go down on a levelheaded Dutch crowd?

Well, the show is impressive, but not over the top.  All the classic elements of Christmas were there. Mariah came out in the most beautiful gowns, but the show mainly happened around her with dancers who would make the show lively. There were special guest performances by Trey Lorenz, also part of the background choir. The 7 year old son of another background singer sang a medley of Christmas songs. It wasn’t perfect, but his performance rated a perfect 10 on the cute factor. Also, a local (from what I understand) church choir helped out on several songs. Oh, and Santa was there, of course. 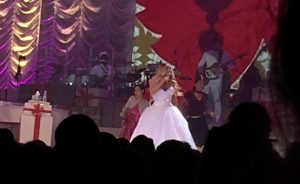 A Slow, But Not Steady Pace

All that said, maybe I’m a little spoiled by concerts by artists like Madonna and Kylie Minogue, but Mariah’s show was a lot slower. Like a lot slower! The special guests actually took the pace out of the show even more, so I think it could’ve done without. Hint: I would love to see Mariah sing “I’ll Be There” with Trey Lorenz live…

Mariah seemed somewhat accessible.  She was interacting with the crowd. There was no diva behavior at all towards her band, which she neatly credited. I think (or perhaps hope) that she mocked her diva image when she brought out her make up crew to retouch her make up and hair for a minute. 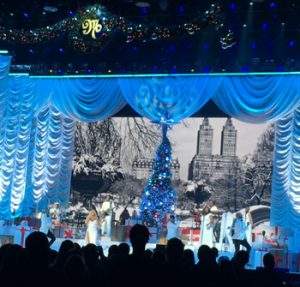 She sang a lot of songs from her second Christmas album, but she also sang “Hero” and “We Belong Together” to take a break from the Christmas theme. Of course, she sang the new single from her “Caution” album, too. And, as expected, she saved the best for last.

She Can Still Sing

I think she sang live from start to finish. Even if she used backtracking, I really believe it’s only used for the few occasions she sings those high notes. In all honesty, I think the one in her rendition of “Oh Holy Night” really was live. Even if those weren’t live, I forgive her.  Her voice has become lower or thicker over the years, but this woman still has it. And I never noticed the power she has, vocally, before this show.  It definitely renewed my respect for her talent.

Her kids were notably missing. They were asleep by the time she went on stage. After all, Mariah needed time to get ready and started an hour late. Anyway, I would’ve loved seeing them.  I really think they would add some more spunk to her performance.

I really can’t be sure if this Christmas show worked on a Dutch audience, but for me it really kicked off my Christmas time. It wouldn’t surprise me if she would go to other countries with a Christmas show next year. I would recommend to go see it.