12 Songs Confirmed For My Debut Album 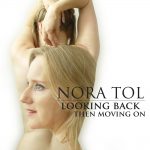 “Looking Back, Then Moving On”

I’m making great progress on my upcoming album, “Looking Back, Then Moving On”. There are a few more details I want to share.

Altogether, the album will contain a minimum of 12 songs. Two songs have never been released before on any online platform. This is the previously announced song “Open Road (Up And Go)”, which is a country-pop song, and a pop-rnb song called “Up”. There are various styles of music on the album.

The album will also include old songs, like “Out Of The Box” from my more experimental-pop phase and the demo “Can’t Convince My Heart”, which I’m currently re-recording the vocals for. I’ve also re-recorded or provided new (additional) vocals to songs like “Run Girl”, “You Take Me Higher”, “Popular” and the reggae track, “Don’t Know Why I Got So Attached”.

I’ve shared a clip of the new “Run Girl” on Facebook, last weekend:

It’s been great fun working on this album and I can’t wait to share the results. Please bear with me. It won’t be too long anymore, but no release date has been set yet. The songs are all being prepped for the final mix and mastering, but I’ll be depending on the availability of others for that stage. Once that is clear, I can set a release date and let you all know. Thank you so much for your support.