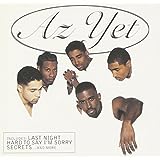 What was supposed to be an every day trip for any singer, turned into a permanent life change for R&B singer Shawn Rivera. With his group Az Yet, known from the late 90s hits “Last Night” and Chicago cover “Hard To Say I’m Sorry”, he flew to Malaysia in 2013. 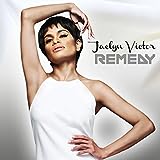 The group was asked to record a theme song with Malaysian Idol winner Jaclyn Victor for the animation film “Ribbit“. Jaclyn had managed to maintain her fame since her winnings in 2004. Az Yet’s success in the 90s had reached Asia as well and this opportunity to work with her would be a great chance to recandle their success, but something else happened.

While recording their song “Magical Moment” magic really did happen. Shawn connected with Jaclyn instantly and the couple got married in 2014! The wedding was highly publicisized in Asia and the couple even performed together on occasion. 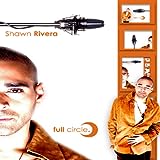 Even though, I don’t write about people’s  private lifes I really thought this was a love story like no other and I’m a hopeless romantic. Congratulations to the couple and Shawn’s daughter with her new brother!

On a career level, Shawn is about to release a single with XY called “Made Faceless”.