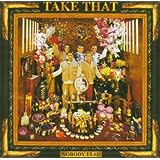 Take That’s “Nobody Else” album

This year, it’s 20 years ago that Take That released their album “Nobody Else”. At that point, the group was at the height of their success. They were a boy band unlike any other. They’d managed to win some of the press over, just by being really good sports, but nevertheless, with the release of this album, the end was near.

Take That At Their Final Stage Of Phase 1

By the time “Nobody Else” was due out, Robbie Williams was partying hard and this caused frustration with other band members. He was put to the choice to either clean up his act or leave. He left.

The group were just about to head to the States in an attempt to push their fame further. A lot was at stake and a lot became uncertain, when Robbie left. Ultimately, leading to the group to be dissolved.

When One Door Closes, A New Door Opens

Since, Take That has reformed many times, with and without Robbie. Mostly, with a lot of success. The group has changed their sound to incorporate more of their personal tastes. They progressed, they grew up.

Then There Were III

Last weekend, I saw their performance at the Round House for Apple Events. It’s interesting to see the growth of a group like this. To me, it’s a great surprise. I didn’t follow their development for the last 20 years.

I’d seen a few documentaries about the band, usually about the recording process of an upcoming album, which has always shown more growth than the album before. I had not seen any live performances, for many years. As a boy band, they were a really good live act, though. 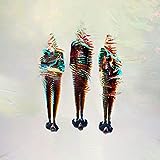 What once was a boy band with Gary Barlow leading, now is a proper mature band with Mark Owen taking a more prominent role. He’s not only singing more lead vocals, but he’s also the most energetic of all three throughout the show.

They Still Have The Moves

Wisely, the three remaining members of Take That, Gary Barlow, Mark Owen and Howard Donald, saved up all their energy to rekindle some of their old style of performing – with song and dance – for the end of the show. Dancer, by origin, Howard comes to life in this segment. But the rest of the show is a lot calmer and focused on performing together as a band.

Blueprint For Other Boy Bands

In a way, their career path, musically and in performance, is the picture perfect way to mature a boy band. I’m not saying it’s good to lose members along the way, but the changes appear to have been necessary to move into a different sound and a different type of band. It lengthens the life span for a group like this, as they are now able to keep at it for years to come and shape it even further to whatever suits them. I definitely stand corrected with my skepticism, earlier this year.

Take That are currently touring Europe. There are still tickets available for some venues.