No Sweet Love between Anita Baker and Apple Music 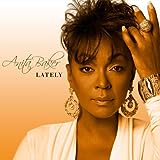 In a public tweet, legendary 80s soul singer, Anita Baker, called out Apple Music two days ago. The tweet was a response to Apple Music tagging her Twitter account in their tweet announcing a special 80s sale, which included her music. Music they, according to her, have no license for.

Baker went on to accuse them of piracy and theft, and announced more tweets like that may follow from her end. She acknowledges the problem for smaller artists, who will keep losing out to earning more money and who cannot afford to speak out against it themselves, because their situation is so strained.

Read the full tweet blast by Anita Baker on the Root.

Baker has won 8 Grammy’s during her career and has been rewarded 5 platinum albums for album sales. Even though she appeared back in the spotlight, for a brief moment, in 2013, she’s not released any new music since.

She’s named to be an inspiration to many, and many female soul singers with a deep voice have been named `the new Anita Baker´, like Toni Braxton when she first appeared on the scene.

More recently, indie artist Natalie Prass covered her song “Caught up in the rapture” for her EP.