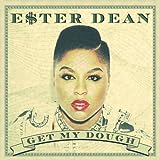 As a songwriter she’s co-written hits for many artists, such as Rihanna, Katy Perry, Beyonce and Kelly Clarkson, but to a wide audience Ester Dean is mainly known as Cynthia-Rose in the ‘Pitch Perfect’ movies.

Even though she’s an amazing singer herself, and has released tracks of her own to the public, most of her own songs are known to an underground audience. Others are more likely to know her talking voice, which she has used to bring life to animated characters of movies such as ‘Ice Age: Continental Drift’ and ‘Rio’.

Her acting will now continue on to the small screen as she’s announced a role in the TV series ‘My Crazy Ex Girlfriend’. As the shooting still has to start, it is unknown when the episode with Ester will be aired.