It’s a nobrainer that singers love music, I mean, they love all music, not just their own. This makes them a perfect choice for radio stations to give them their own shows. Did you know that all these singers are doing radio now? 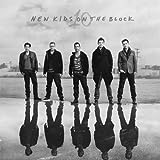 1) Donnie Wahlberg from NKOTB (New Kids On The Block)
As if he’s not busy enough being a member of NKOTB, acting, being a restaurant owner (Wahlburgers) and doing reality shows, he’s also a radio host with his own show on CherryTree Radio since 2011! The show is called “DDub’s R&B Back Rub” and you can catch this online every Friday night at 8pm and Sundays at 8am and 8pm (US Pacific time),

2) Maxine Jones from R&B group En Vogue
Since September 1st 2015 Maxine teamed up with Bruce Wayne to launch their own Music Talk Radio on Blast FM. You can listen to this online at any time you feel like it. 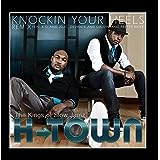 3) GI Jackson from R&B group H-Town
Every week day he presents an R&B show packed with slow jams, simply called “@gijackson on Twitter”. Listen to him from 11 am to 1 pm on Heat 100, which you can also listen to online. (Time slots are in US Central Time Zone)

4)  Faye Tozer from UK pop group Steps
Steps were huge in the UK and in other places in Europe in the 90s. After a successful comeback recently with the group, she starting presenting two shows on Mercury FM for the Costa Blanca South, Costa Calida region in Spain (what a Sunny choice!). The shows have just started last month. You can catch her shows online too on www.mercuryradio.fm. She’s on at:
*Saturdays 14:00-17:00 Bringing you ‘The Ultimate 90’s Selection ‘
*Sundays 20:00-23:00 with ‘Sunday Night Ballads’
(Times are Central European Time)