Home » Music blogs » Taryll Jackson Gets Into The Groove

Taryll Jackson Gets Into The Groove

For Taryll Jackson, his album “Crazy Love” is his first move towards a combination of soul, pop and electronic music. With it, he’s following a desire to move towards dance music as a musician and DJ.

Listen to Taryll Jackson
Keep up with Taryll 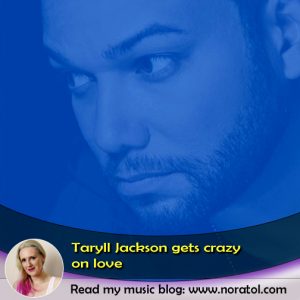 After all the drama surrounding the Jackson family, it’s great to blog about how we got to know them in the first place: Their musical talent. Taryll Jackson released a new album, a few days ago, and it’s a really nice pop album.

For me, it’s quite strange to see Taryll be the 3T member to have embarked on a solo career. I’ve met 3T several times, and Taryll seemed so insecure and shy. A lot has happened since then. We all got older and Taryll must have changed a lot, ‘cos he’s making full blown moves as an artist on his own. He’s even taking his album on the road. This is so cool to see happening.

Taryll Jackson On His Own

Even though 3T also released new music last year (see below), I couldn’t help but listen to “Crazy Love” wondering whether 3T would’ve sounded like this on a new album. I don’t think so, judging on “Fire”. Musically, it’s not like Taryll completely departed from what he’s doing with his brothers, but it’s clear that he’s been listening to people like Justin Bieber and Ed Sheeran.

“Crazy Love” is a groovy selection of love songs that are tied together on the topic of love and the sound of Taryll’s voice. It’s a collection of mainly upbeat and catchy pop songs. I love it for the fact that the songs are very straight forward and easy to get into. There’s a lot of variation on the album, which I love.

Some tracks throw you back in time, like “Let It Groove”, which is clearly inspired by Prince in the 80s. It’s followed by the disco sounds of “Make You Mine” which reminds me of Michael Jackson’s early solo work. It helps that Taryll sounds a lot like Michael anyway. If it’s not in the genes, I’m sure that it’s a technique that’s being passed on from generation to generation, because all of the Jackson musicians have the same vibrato and tone color in their voices.

However, it’s not all throwback. Taryll’s last album, “Undeniable”, already showed he was getting into club music and I think it just progressed since. Taryll’s love for today’s pop music is obviously clear in tracks like “All I Care About Is You”, “Crazy Love” (a little bit of tropical house) and “You Can Say”. Also, “A Long Time” sounds like it could be a song for Mr Probz. I would like to see him develop a little bit more identity of his own. Most songs on the album remind me of someone else, but that aside, I love this album. It’ll be interesting to see where this leads to.

Keep up with Taryll