Home » Music blogs » Stephen Puth half gone in his own vibe

Stephen Puth half gone in his own vibe

Sometimes, it’s not that surprising that music runs in the family. The Puth family in New Jersey, for instance. Mom taught piano and passed her passion on to all her kids. The kids posted their music on YouTube and that kicked off two careers. After Charlie, the world now also knows Stephen Puth.

Listen to Stephen Puth
Keep up with Stephen 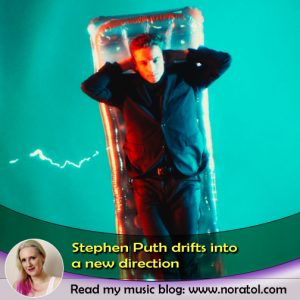 Stephen Puth in his video

A few months ago, Stephen Puth released his first single. With it, he stepped away from his up and coming songwriting career to follow in his brother’s footsteps as an artist. Other than the obvious facial similarities – or is it just me seeing the same nose and eyes? – there are only a few musical similarities. Stephen also pens his own songs and is also influenced by soul music.

His first single, “Sexual Vibe”, triggered a great response. Currently, it has over 4 million YouTube views. He set the tone, musically. The song mixes a little bit of soul with a darker 60s undertone. It reminds me a little bit of George Ezra. So, while Charlie is marketing himself as Mr. Smooth, Stephen keeps a little more edge to him.

However, his follow up single, “Half Gone”, houses a clearer and smoother soul influence. It meets Ed Sheeran’s singer-songwriter style due to the guitar chords. This is really where you hear Stephen’s songwriting abilities, which already got him working for The Vamps, Jack & Jack and other artists, before embarking on his singing career. His singing career actually happened by accident. In an interview, he admits he met with his record company to talk about publishing and they offered a record deal. Sometimes, you just have to roll with the punches, haha.

Keep up with Stephen