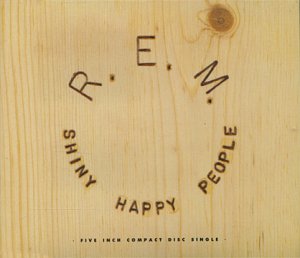 While driving home, I was singing along to “Shiny Happy People” by R.E.M. They played it on the radio.

Personally, I’m not a big fan of R.E.M., but this track has always stood out to me as being a bit odd for them. I just think it’s too ‘happy’ for the band. No pun intended.

So, I wasn’t that surprised to hear the DJ say that the band never liked the song. However, it left me thinking whether artists should ever admit this.

Why Record Songs You’re Not Happy About?

Somehow, it happens to all artists at some point in their career. For whatever reason, they’ll record a track – or even more than one – they don’t really like themselves. Sometimes, it’s for its commercial potential. At other times, they do someone a favor. There are always circumstances (or just simple politics) that forces an artist to do this.

Janet Jackson once provided vocals for Herb Alberts “Diamonds”. Even at that time, it was reported she didn’t want to do the track. In fact, it’s rumored that’s why she never appeared in the video. However, she did include the track in her live set, in 2011.

Her brother Michael Jackson just did a favor, when he provided vocals for Rockwell’s “Somebody’s Watching Me”. He didn’t want to be credited for his contribution. The song became a massive hit.

When doing their final interview, before their initial split, Take That admitted they never liked “I Found Heaven”. This is one of the early hits and helped grow their popularity.

Personally, I was once gutted to hear that Cher never liked “Just like Jesse James”, which is actually one of my favorite Cher songs! Shocking! However, I heard her say otherwise later down the line. Maybe opinions can change over time.

Also according to rumors, apparently, David Bowie wished he never did any of his commercial material he’s known for from back in the 80s. This includes “Let’s Dance” and “China Girl”.

The Song That Got Away

There are also a lot of artists who turn down songs that later became big hits for others. Oh well, I guess you can’t have it all.