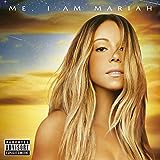 A few days ago, a rumor emerged that Mariah Carey could be leaving Def Jam/Universal to team up with LA Reid and Sony… again.

In 2002, after just one flopped album (“Glitter”), EMI/Virgin bought her out of her contract. Mariah Carey found new a home with Def Jam/Universal ($20 million for 3 albums and the start of her own label), with whom she’s currently still signed.

The label released her last 6 albums. Her recent album, “Me.I.Am Mariah”, didn’t live up to its expectations. Reportedly, Mariah holds the label responsible for its low sales numbers (not even 250.000 copies – A far stretch for someone who used to sell 5 to 10 million copies in her Sony era).

It Starts With A Meeting

In the mean time, LA Reid, had left Def Jam for Epic Records and is now responsible for the success of many big acts today. So, when he was spotted with Mariah and Epic’s marketing/PR expert Laura Swanson, it the rumors started.

Personally, I loved her Sony era, including the cross over albums in which she combined pop with R&B and Hip Hop. She wanted to explore those two last genres and Def Jam was a great place for that, but I, as well as a lot of main stream fans, lost interest in her music after a while.

However, I carry hope she will come up with a refreshing sound IF she goes back to Sony. Can’t wait to see what happens. I think she’s made interesting choices with her talent. I recognize the fight for freedom and identity to do what you love, even when others think you should’ve done something else.

Read more:
Mariah Carey about to make “Epic” move back to LA Reid and Sony (Showbizz 411)