Home » Music blogs » Kule T Gets Into The Swing Of Creation

Kule T Gets Into The Swing Of Creation

Sometimes, you just don’t know what you’ve missed until you get the chance to do it again. Kule T shows signs of this, as he rediscovers songwriting. 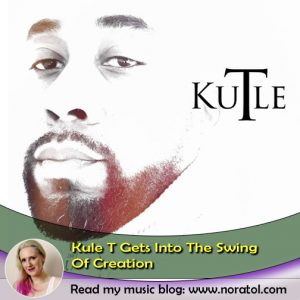 In my last blog about former MN8 member Kule T, I wrote about his first music in years. It seems he’s really caught the writing bug, since. I’ve seen him share little bits and pieces of his creative moments. And there are many! Sometimes, he’ll cover a song, while being in the studio. Other times, he’ll give a sneak peek of the song he’s working on, at the time of writing it.

Music From The Soul

I love seeing musicians share their creative processes. There’s much to learn from others and I always love it when an idea comes together. Even if its process is not my own. I know Kule T mostly from MN8. In the band setting, it’s hard for me to know what each member is really capable of on their own. As you may know, I’m a sucker for songs with great harmonies. It’s one of the things I loved about MN8. On his own, Kule T doesn’t disappoint there. His songs are as soulful as MN8 showed potential for.

Because of the intensive writing, I asked T if he’s working on an album, but there are no plans yet. He used music to heal. The songs are the result of time well spend, while recovering in hospital. He’s doing fine now and wrote some pure soul music with a bit of an old school feel. The sharing of it, is him testing the waters with his songs and his potential audience. Recently, he shared a snippet of a new song on Twitter, called “I Just Know”. The song is uplifting, soulful and features those great harmonies. Check it out here: